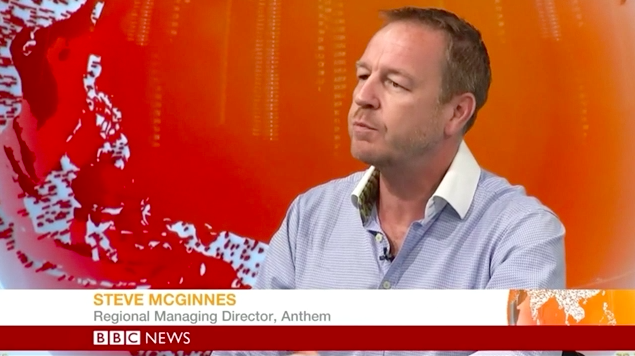 The brand Li Ning became popular during the 2008 Beijing Olympics because of a brilliant piece of guerrilla marketing. As a refresher, Li Ning is the Chinese Olympic gymnast who lit the cauldron at the 2008 Games and is the founder of a sportswear company that bares his name.

It’s going to go down in the branding books as possibly the most successful use case of guerrilla marketing. Not even an Olympic sponsor officially, Li Ning lit the Olympic torch — everybody knew who he was — and that was used upon to springboard him into global notoriety as a brand.

Last week, our Steve McGinnes was interviewed by BBC World News to discuss how Li Ning is faring at the Rio Olympics, and why Li Ning is a brand to watch.

As an Olympic hero in China, Li Ning has really crossed the markets around the world, and is now going up against global sportswear brands like Nike, Adidas, Under Armour, and Puma.

In contrast to bigger sponsorship deals, Li Ning has decided to participate in a small placement at the Rio Olympics, sponsoring the Indian team, which is remarkably smart. If you look at where he has put his attention — acrobatics, badminton, and basketball – these are the sports with a huge following in the Asia Pacific region. If he plays this market, he’s really cementing his relationship with this huge emerging market.

But for a country that doesn’t win many medals at the Olympics, why would Li Ning choose to sponsor the Indian team? Short answer: This is a market with more than a billion people! And by doing so, Li Ning has positioned itself, as not only a Chinese brand rising in popularity, rather, it is a global brand with a Chinese heritage.

“A business looks for sales and Li Ning is looking at Indonesia, India, China, and the Philippines, which is a huge demographic with a lot of pairs of running shoes,” says Steve McGinnes.

Should the Li Ning brand just focus on the Asia Pacific market, which makes up two-thirds of the global population rather than try to make it big in the U.S., North America, or in Europe? If Li Ning sticks with his position, sticks with his targeting, and sticks with those huge marketplaces, he’s already one of the biggest brands in the world.

A celebrity brand, a human brand, a very smart brand, working within its heartland, Li Ning looks to be a very successful global retail brand. Li Ning was one of the first brands that truly grew up online with a majority of their sales being digital, and one brand that should be watched by larger sportswear companies.