PUTTING YOUR MONEY WHERE YOUR MISSION IS 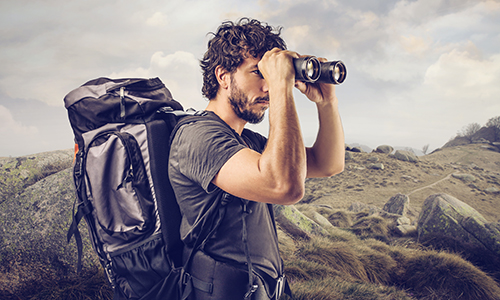 More and more, companies are focusing on their mission and purpose as a way to attract positive consumer engagement, press and, hopefully, add to their bottom line. This is especially true today, with the growing consumer base of Millennials who look to companies small and large to make purpose a mainstay of their business models and marketing plans, observes Tammy Chung, Brand Strategist at Anthem.

We’re witnessing a change in how corporations are delivering against their missions and purpose statements, with a few corporations even pushing the envelope.

CVS Pharmacy gained headlines earlier this year when it announced their move to end tobacco product sales in it stores by October 2014 in an effort to truly live up to its company’s purpose: to help people on their path to better health. CVS is looking to address the widespread public health issues stemming from tobacco smoke. By being the first major retail pharmacy to make such a move, CVS received immediate widespread press and consumer engagement. On the evening of the announcement, there were over 139,000 tweets on Twitter mentioning “CVS” and more than 10,000 hash tag mentions of #CVSquits. Its actions have garnered commendation from the White House and will also likely win favor amongst its health-forward consumers. CVS believes that its decision will help the company solidify its commitment to guiding its consumers towards better health and lead the company toward growth.

Gap Inc. was another corporation to step into the spotlight when CEO Glenn Murphy announced to the public – in the midst of the minimum wage debate in the Capitol – that he was raising the minimum wage for its U.S. employees to at least $9 an hour beginning in June this year and to $10 an hour by June 2015. The company’s cofounder believes this move is an investment in their store associates. The move will affect about 65,000 employees across all Gap brands. Ultimately, Gap hopes their investment will encourage loyalty among its employees and consumers.

What Does This Mean For Your Brand?

These companies are choosing to invest in broader public issues that align and support their company’s mission, such as public health and minimum wage. By doing this, they are accomplishing more than just garnering press attention—they are differentiating themselves by re-grounding consumers in their corporate missions and positioning their companies to be part of larger conversations important to their target audiences. They are being given the opportunity to become influencers in the broader context of consumers’ lives and connect with consumers via avenues beyond their products and services.

Marketers who are looking for an opportunity to strengthen and differentiate their brand’s presence in the marketplace, as well as reinforce their brand’s purpose with consumers may want to consider investing and supporting public issues that align closely to their mission statements. If done successfully, championing public issues that align strongly to your company’s purpose may turn your current consumers into loyalists and at the same time grab the attention of new consumers who may view your company in a new light.

For more insight on how companies of all sizes are putting their money towards their missions, download SIGHTINGS – How Big is Going Small: Growth at Odds with Positioning.