CONTENT WITH A KICK: HOW UNEXPECTED BRANDS WON BIG AT THE WORLD CUP 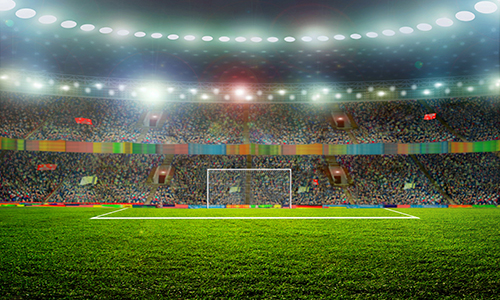 The 2014 World Cup was, undisputedly, the largest social media event of all time. In fact, just the final match alone between Argentina and Germany generated 280 million Facebook interactions and 32.1 million total tweets.

But social media wasn’t the only big marketing story at this World Cup. This was also the world cup of video content. Nike, Adidas and Beats by Dre each had immensely compelling, star-studded videos that generated 10’s of millions of views. While these brands had amazing content, in many ways this was expected from them.

What was truly impressive was how some brands that didn’t have a clear connection to the World Cup managed to make a big splash. And it wasn’t brut force or massive marketing budgets that did the trick. It was a combination of clear strategy and creativity that made their content stand out. Here are some examples of how unrelated brands can create relevancy and connect with consumers.

Castrol Oil successfully focused on high performance, a quality that resonates with sports enthusiasts. What does motor oil have to do with soccer? Well, nothing. But that didn’t stop the creative minds behind Castrol’s “Footkhana: Neymar Jr. v. Ken Block” video, which pitted the world-class soccer star vs. a high performance rally car. The result? A highly entertaining display of skill that elevates Castrol motor oil into a high-performance class of its own.

Benefit Cosmetics figured out a way to integrate their brand into the World Cup by allowing women to immerse themselves in beauty regimens while also watching the games. A pop-up beauty pub gave female soccer followers the perfect place to watch the matches while, according to their blog, they could “get beautified at the same time.” Set in the heart of London, women World Cup fans were offered makeup and skin care consultations, brow waxes, and even tanning sessions, plus a full calendar of events to keep “Benebabes” coming back again and again.

Clearly the first two examples took serious planning, but sometimes great marketing, and especially social media, happen in real time. What a gift it was, then, when Uruguay star striker Luis Suárez bit his Italian opponent, Giorgio Chiellini. Luckily, the Snickers social media team was ready, and tweeted a perfectly on-strategy: “Hey @luis16suarez. Next time you’re hungry just grab a Snickers.” And though marketers can’t plan for a Snickers type opportunity, the takeaway is to be more agile and nimble.

Mega-events like the World Cup, the Super Bowl and the Olympics bring together a ton  of eyeballs and provide marketers with a highly engaged audience, ready and willing to interact with your brand—as long as you serve them content that is relevant. The challenge for marketers is how to tie their brands to these events in a way that feels unforced, and yet reinforces their brand message. Establishing relevancy is often times more art than science, but guided by brand strategy and with an emphasis on creativity, it can lead to success.

For more information on the marketing impacts of the World Cup, download SIGHTINGS – Building Bridges: Facilitating Passage Between Physical and Digital.